Benefits of Using Nitrogen in Your Tires 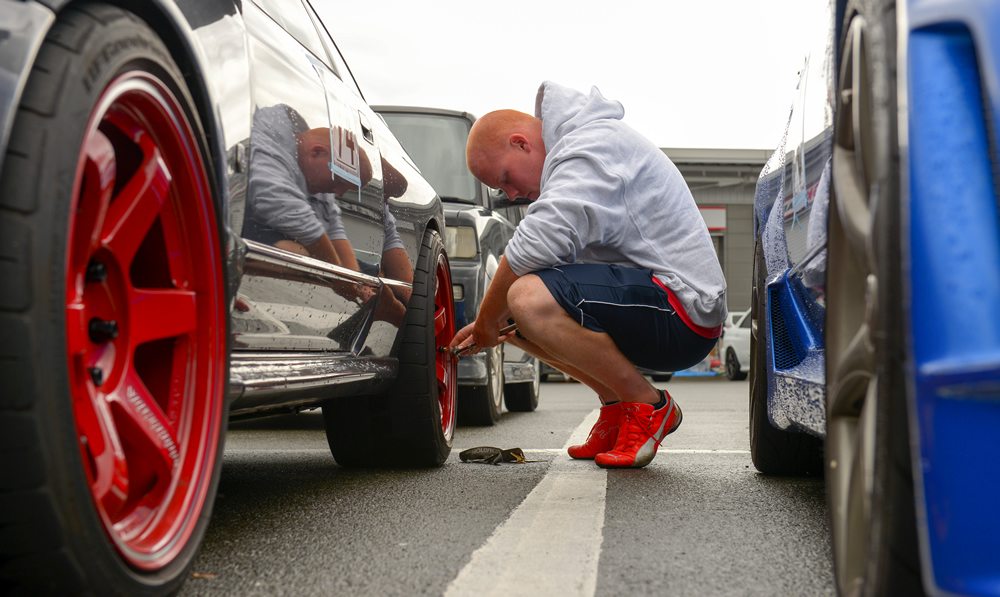 To the average car owner, the only way of pumping your tires up would be compressed air. However, nitrogen is becoming a popular method of pumping up your tires and has been used in Formula 1 for years.

In short, the main two reason for using nitrogen instead of compressed air is for added performance and reliability.

Lets talk about the basics, the air around us consist of 78% nitrogen, 21% oxygen and 1% all other gases (such as CO2, Vapor, Argon and so on). So, this means as we are pumping up our tires normally, we are filling them up with nitrogen too but its the oxygen that causes the problem.

Why Do Car Tires Lose Pressure?

When blowing up a car tire with normal compressed air, the oxygen molecules are small enough to actually pass through the rubber structure. Tires will also deflate from other reasons such as a poor seal with the tire and the alloy, puncture, temperature changes and more.

As nitrogen molecules are much bigger than oxygen’s, they can not pass through the rubber structure. This means that nitrogen filled tires will hold their air pressure for much longer and make it less likely that you will be driving round on soft tires.

Tires that are deflated will reduce your efforts to improve fuel economy as well as effects the cars handling and performance from extra friction.

Using normal compressed air, the gases will expand when its hot and retract when its cold. For each 10 degree, there is approximately a 2% change in total tire pressure.

However, if you use nitrogen to blow up the tire, the pressure will remain constant and this is why it is heavily used within Formula 1.

The top winter tires will have a dedicated PSI to use during winter but for extreme temperature changes using all seasons tires, nitrogen provides a lot of value.

Should The Everyday Driver Use Nitrogen Filled Tires?

For starters, you cannot simply buy a portable tire inflator and fill it up on your driveway. Nitrogen must be filled at a specified garage and of course there is a premium price for it that start from around $3 dollars per tire.

However, the advantages of not constantly checking your tire pressures and the changes in the weather messing with the air pressure is a big plus.

So if you were travelling through different countries regularly or even racing, then nitrogen filled tires may be worth it.

As an alternative to compressed air, we have discussed pure nitrogen, which indeed has many benefits on the road. But what about using helium to blow up car tires?

Ballons filled with helium are lighter than air, so will the same logic apply in car tires? For starters, the helium molecules are much smaller than air, so the effect of a tire losing its pressure will be even more evident when filling it with helium.

Even worse, the cost of helium is sky high, whereas air is relatively cheap at a supermarket filling station. Car tires should only be filled with air or pure nitrogen if you are looking for an increase in performance or reliability.