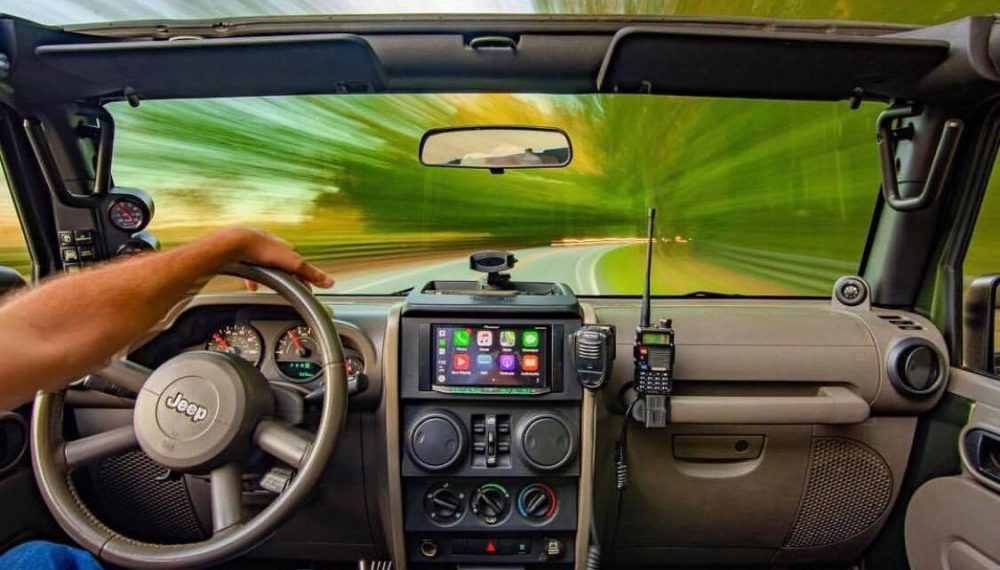 CB radio is short for Citizens Band radio, which allows for people to communicate between a selection of 40 channels within a few miles radius. They require no license to operate and for automotive use, they are popular with truckers and offroading.

The best CB radio is the Cobra 29 LX MAX, which has built-in Bluetooth and the iRadar application integrated into the system for real time alert sharing.

If you become stranded on the road without any phone signal, you can count on your reliable CB radio. In the case of an emergency, the dedicated channel 9 will help you receive an immediate response. Truckers also like to use channel 19 for reporting traffic conditions and because its in the middle of the band for efficiency.

Relying on your mobile phone when you are stranded can be risky as you may not always have signal. However, by using a citizen band radio, you can tune into one of the 40 channels and request for help or even a general chat with other users.

Below is a list of the best CB radios that are specifically designed for truckers, offroading and other vehicles on the road.

Cobra are one of the most well known brands in the CB radio industry with a range of models available. The Cobra 29 LX is their best option and they offer this model with the addition of Bluetooth, which allows you to answer and terminate calls.

Other features of the Cobra 29 LX MAX Professional include:

The addition of Bluetooth connectivity really makes the Cobra 29 LX MAX the best CB radio available. It allows you for an easier and legal method to have phone conversation on the road. It also uses the iRadar application, which allows for real time alert sharing of hazards, speed traps and much more with other iRadar uses.

The Cobra 29 LX MAX is the best CB radio for truckers that require as many intuitive features as possible and a strong signal. Compared to the majority of other radios available, it also has the weather band capability, which is desirable by many.

The direct competition to the Cobra 29 LX Max model above is by Galaxy with the DX-949 SSB CB radio. It has been in the market for many years now and is still one of the best options for truckers and enthusiast requiring maximum performance.

Other features of the Galaxy-DX-959 SSB include:

For those that are serious about CB radios, the Galaxy-DX-959 SSB is a great option with a variety of intuitive features. Compared with the Cobra 29 LX Max, is does lack the weather band and Bluetooth functionality but it is slightly cheaper. However, it does have the ability to use SSB, which a lot of truckers now use.

Uniden is one of the most popular CB radios that is available in three different specifications. The PRO520XL is by far their best option and due to its compact size, this CB radio can be installed virtually anywhere.

Other features of the Uniden PRO520XL Pro Series includes:

Due to the compact size of the PRO520XL  by Uniden, it makes it ideal for vehicles with less space available for installation. This CB radio also offers excellent value for money too when you compare the specification against similar priced alternatives.

For those that require a handheld CB radio, the Midland 75-822 is a popular choice. It is powered by either six AA batteries or a cigarette lighter adapter, which allows you to use the 40 channels, 10 NOAA channels and the 4 watts of power.

Other features of the Midland 75-822 Handheld CB radio include:

Overall, it is the best handheld CB radio for both the average driver that wants to monitor traffic and in case of emergencies to truckers who use them on a daily basis. When compared against other alternatives, it also offer great value for money too.

As mentioned earlier in the article, Cobra produce a wide variety of CB radios and this handheld model is their latest. It comes equipped with a magnetic mount mobile antenna, which allows for mobile operation from your vehicle. Simply mount the antenna to the roof of your car and you are good to go.

Overall, it is an excellent all-round handheld CB radio for cars, trucks and other vehicles. The magnetic mount antenna allows you to easily use the device with an approximate range of up to 4 miles, which is great for a handheld radio.

Although the CB Radio for truckers is on the decline, there are still many professionals that still use them. They have been used since the early 1970’s and are very popular with truckers around the world but due to new technology, they have become less popular.

However, due to the mobile phone signal reliability issues and just the “coolness” factor of owning a CB radio, there are still millions of drivers that use them on a daily basis. It is not only truckers that use them but also people that take part in offroading and regular drivers who want to monitor traffic and generally chat.

Compared against the older CB radios, the latest version have had all of the latest technology that has been integrated into the devices. For example, if you look at the Bluetooth and iRadar integration of the Cobra 29 LX Max, you can see how far they have improved over the years.

To help you make an informed buying decision, we have produced the below buying guide regarding CB radios. 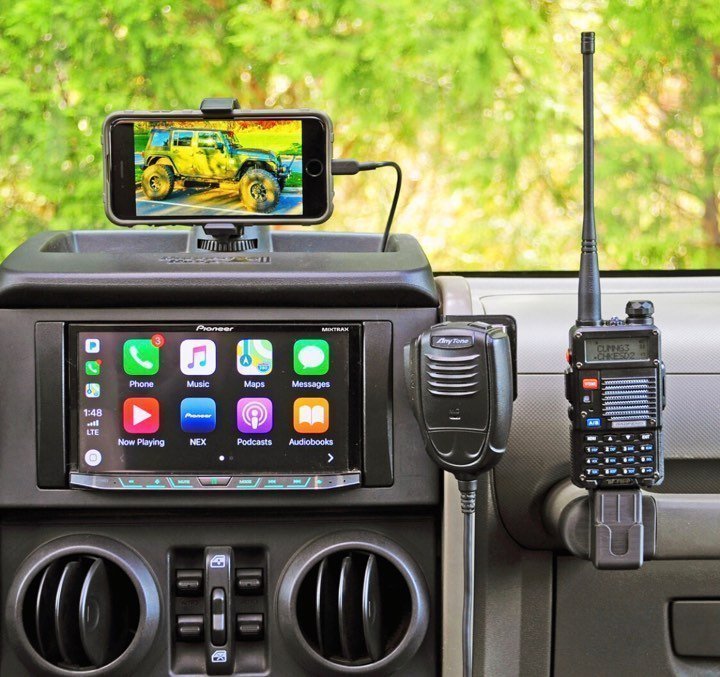 Base Station vs Handheld

There is a range of different CB radios available but the most commonly used when out on the road is either a base station or handheld device. The base station has a built-in power supply and is mounted into a secure location inside of the vehicle. It does require a larger mounting space but there are compact versions available.

The handheld alternative is designed to be portable but you can get a custom mount for inside of the vehicle. In order to be portable, they will usually use multiple AA batteries but most also come with a power cord that connects to a 12V power supply.

Choosing between the two mainly depends on the amount of space available inside the vehicle and its usage. For example, those that take part in offroading may prefer using a handheld device whereas huge trucker will prefer the larger base station. It really does depend on your personal preference on the type of radio you choose.

CB radios that use SSB will have a much larger range as they output 12 watts as opposed to the standard 4 watts. This means that you have three times the range but the only issue is that you need other users to use the same SSB transmission. However, the SSB CB radio will also be able to operate on standard CB channels (4 watts) in case you are unable to chat to anyone.

The two most popular channels that people use when out on the road are channel 9 and channel 19. The most important of the two is of course channel 9, which is used for emergency use whereas channel 19 is the trucker and road channel.

When it comes to access, you will want to be easily able to switch to these channels at a click of the button. Some radios have dedicated buttons or the ability to store your favorite or most frequently used channels.

When you are out on the road, background noise and other factors can disrupt the clarity of your voice. This can make it difficult to hear what you are saying from other users listening in to the channel. However, CB radios that have an automatic noise limiter installed will help reduce background noise and static.

Squelch control is another feature that helps improve the quality of your speech through the CB radio. For users that are listening in to the channel, it avoids having to listen to constant static and only activates once a transmission is received. 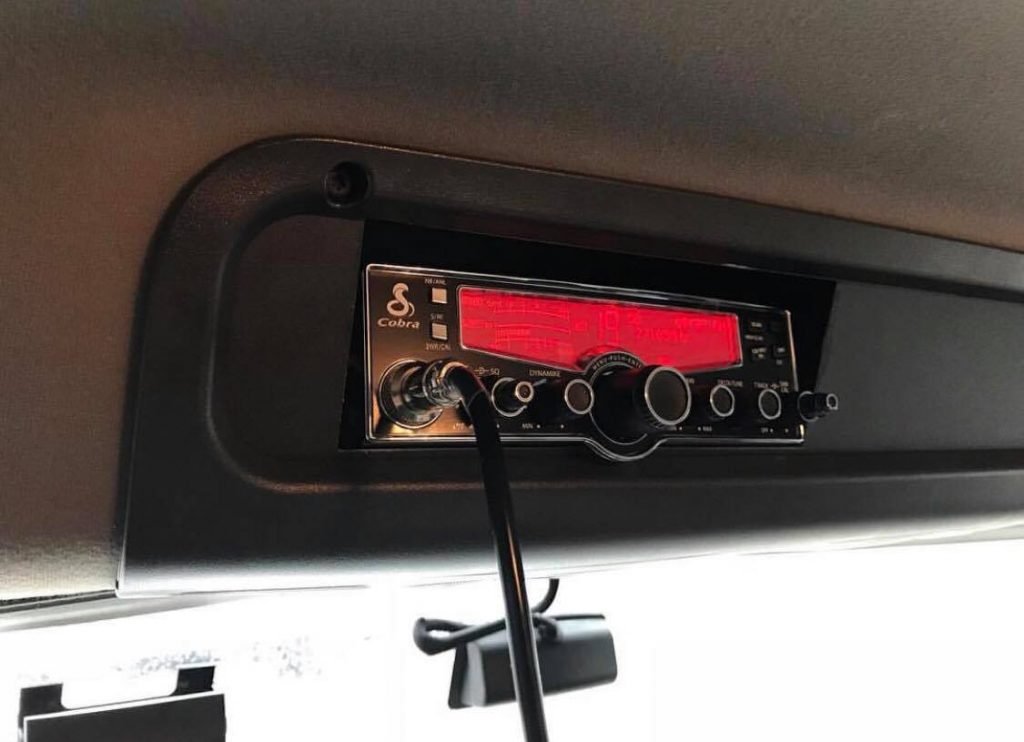 Instant access to real time weather report and updates is a requirement for many people. If your CB radio has this enabled, you are able to receive NOAA broadcast frequencies, which are active 24 hours a day through the USA.

As the citizen band radio has improved over the years, many manufacturers are integrating a wide variety of new technology into the devices. As found in some of the Cobra models, Bluetooth is a feature that allows for phone syncing, which provides hands free calling and a range of other features.

Many people may also want to connect external speakers that allows for better reception. If the CB radio has this capability, there will be a jack most likely at the rear of the device. You can even use a PA horn that is mounted outside of the vehicle for broadcasting outside instead.

Other unique features that some CB radios have installed include:

There is a huge variety of CB radios available but depending upon the budget will make a big difference to the amount of features it will have.

Although CB radios are not as popular as they once were, they are still used by millions of truckers, off road enthusiasts and regular car owners. They most recent devices available are kitted out with all the latest technology and are great fun to use whilst out on the road.

All of our recommendations are suited to a range of usage, budgets and types of radios, so there should be one that suits your requirements.