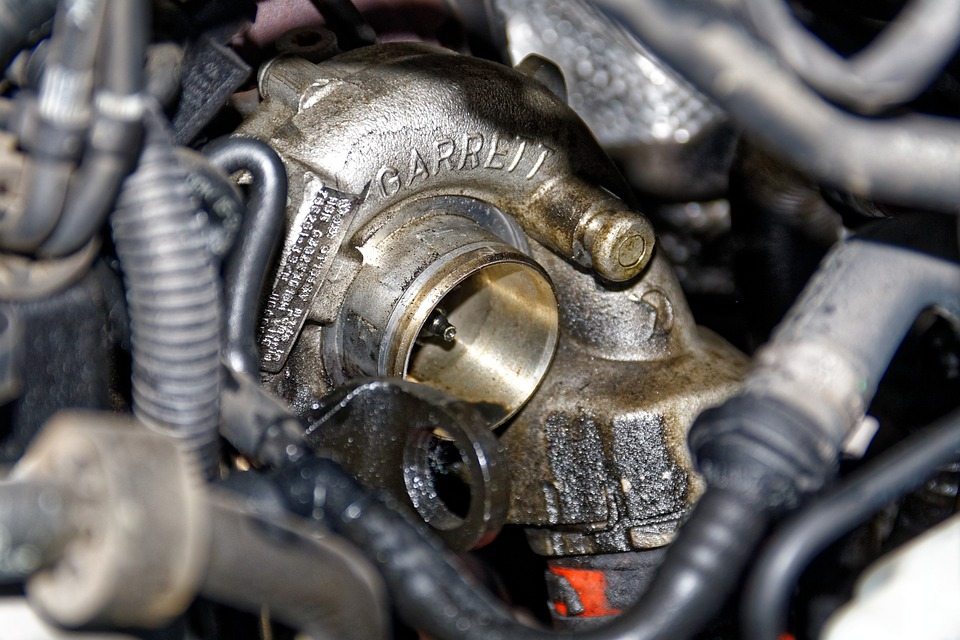 A turbocharger makes use of the used exhaust gases and forces it through the turbo that acts as an air compressor. The additional air produced from the turbo gets pushed into the cylinder that allows for more fuel to be burnt.

A turbo in a car is one method to increase car horsepower and overall efficiency. Due to environmental issues, large engine cars are being replaced with smaller engine turbocharged cars that are able to match the performance.

You don’t have to stop at one turbocharger, many performance cars are twin-turbocharged and better yet, the Bugatti Veyron has 4 turbos! However, does this mean more trouble?

Turbos are a great way to improve the performance of yours car, however there are many common turbo problems that you should be wary off before buying a turbocharged car.

Before you point all fingers at your turbocharger, you will want to ensure that the car has good all round health. For example, a faulty EGR can cause excessive exhaust smoke and poor acceleration if blocked. Likewise when you have a blocked DPF, it will often cause the car to go into limp mode or whilst going through regeneration of the DPF, there could be excessive smoke.

Its important to know the reason why the turbo failed because you may fit a new or refurbished turbo that could fail through an underlying fault. Below are some of the main reasons for turbos to fail:

Even the smallest cracks in one of the pipes coming too and from the turbo can cause issues. Below is an intercooler pipe that was cracked (bottom pipe) on one of my cars, which caused very poor performance from the turbocharger. 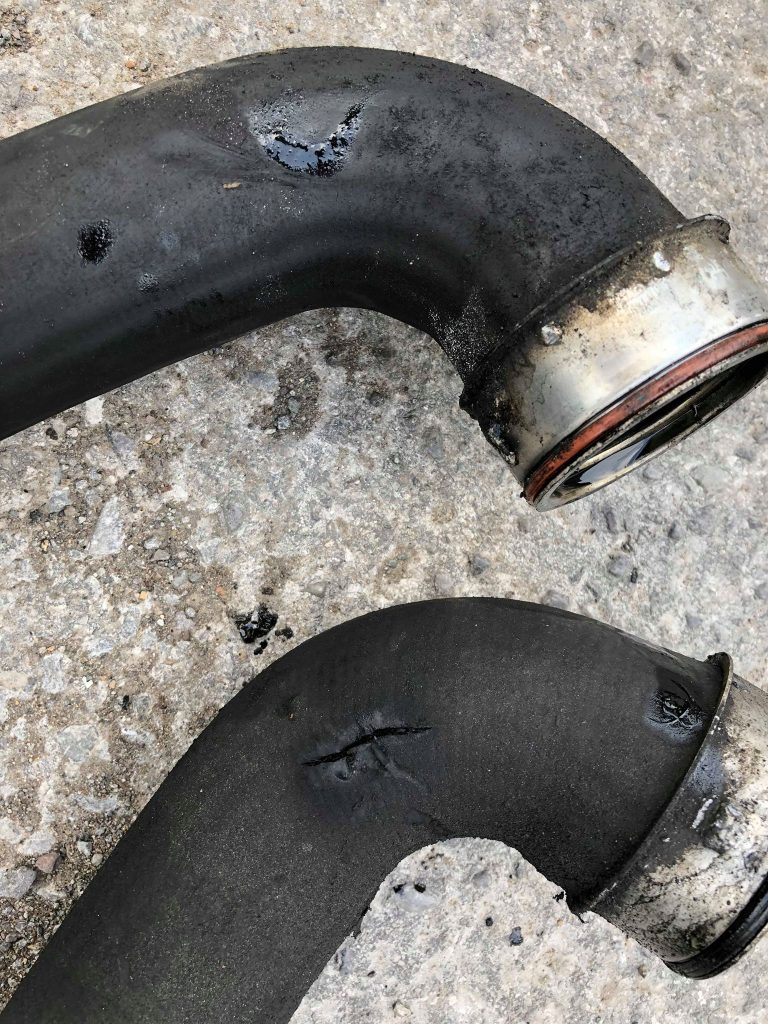 If you have diagnosed that your turbo has broken, you will be thrown into the whether you should invest in a new or reconditioned turbo. Both will fix the car and be backed up with warranties in case the turbo breaks again, but whats the best solution?

A brand new turbocharger can be bought fairly cheaply and fitted by yourself or a mechanic. As its new, you will have peace of mind that it should last another 100,000 miles, however you will be paying more than a reconditioned turbocharger.

A rebuilt turbo can cost around 400-500$, whereas a new turbo may cost double that. Choosing between the two is dependent on your personal preference and of course  your budget. 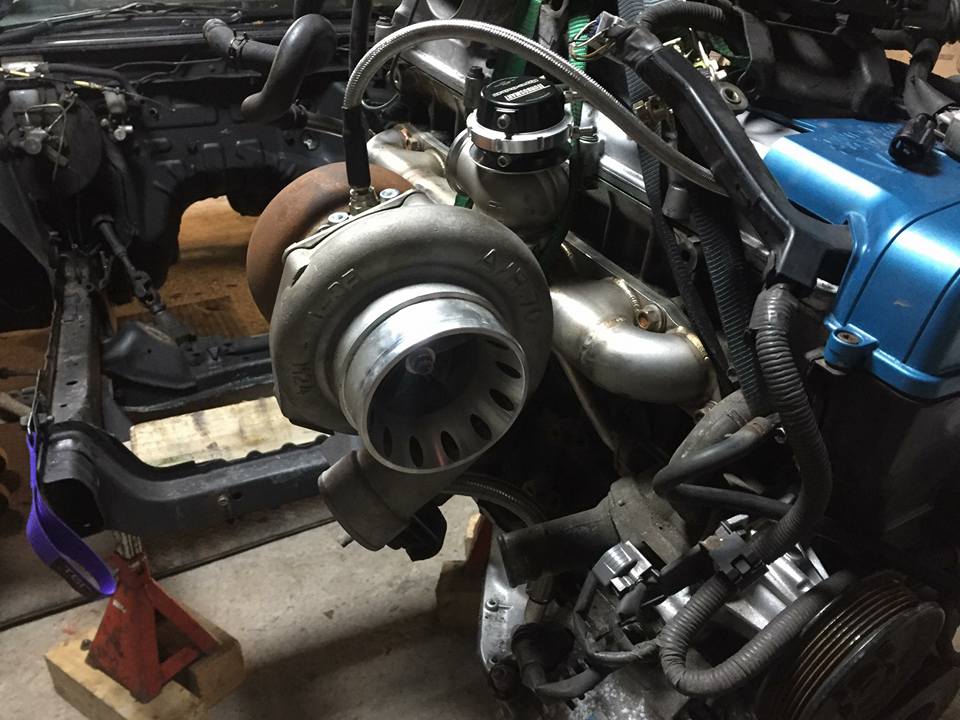 Noises from the Turbocharger

Other than a loss of power, the noise in which a turbo will make will give you a strong indication of its health. A turbocharger will make good and bad noises but with regards to the bad noise, it is best described as a police siren.

Once your turbo has reached this stage, you should really be looking for a replacement. The police siren noise is usually caused by damaged turbines or missing blades. If you are wondering what the police siren noise from a turbocharger sounds likes, view the below video.

There are various forms of blow off valves available for turbocharged vehicles. However, if you do not own a turbo car, you can achieve the blow off valve noise via an electronic system, which creates a fake turbo noise. Some car owners even opt for an exhaust turbo whistle that attaches to the end of your exhaust tips.