How To Remove An Engine 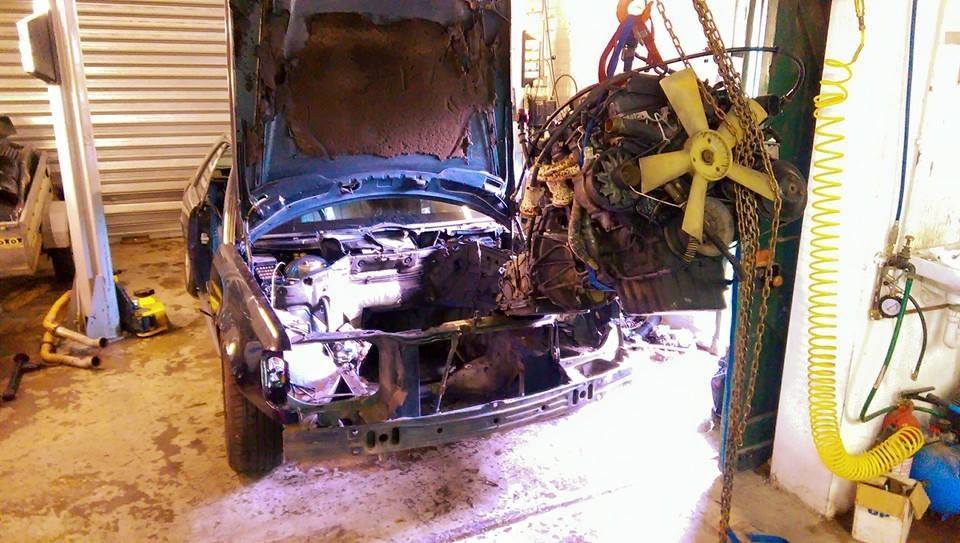 Removing an engine from a car is not as simple as connecting a hook and ripping it out. Before you get to that part, prior preparation is required.

It’s highly recommended that you find shelter whilst removing an engine from a car. Not only will it prevent water or debris getting into the engine but it also helps having bright LED garage lights, which helps you see all the nuts and bolts.

Preparation is important as it ensures that everything goes smoothly when removing an engine from a car. Below are 8 steps that we highly recommend:

It’s worth mentioning that all engines are different and some vehicles may require further preparation before you go ahead and remove the engine.

Engine Removal With a Hoist

The safest and best possible method of removing an engine is to use a hoist, which is also known as an engine crane. Some of the best rated engine hoists are capable of lifting over 4,000 LBS up to 40 feet in the air and are a worthwhile investment.

Once the engine has been prepared for removal, you can attach the hook from the hoist to the engine block. Most engine blocks will have a loop design on the engine block that is specifically designed for lifting the engine. Once attached, you can then slowly begin to lift the engine using the power from the hydraulic cylinder, chain or electric motor.

As the engine is being lifted, you will want to doing it as slowly as you can and check for any components still attached. Once it’s confirmed that everything has been removed, you can begin to lift the engine completely out of the car.

How To Remove Engine Without a Hoist

It is possible to remove an engine with no hoist or crane. It involves getting the car high up in the air via jack stands, which gives you an idea of where this is going.

Following the engine removal preparation mentioned above, you will then need to place the jack under the oil pan, which is where the engine lifting will begin.

You may need to increase the height of the jack with a thick blank of wood in order to reach the oil pan. You will then need to jack the oil pan up until the engine is no longer on the mounts. At this point, you can unbolt the mounts.

You are now able to slowly lower the jack whilst checking everything has been disconnected. Once the jack is at the bottom, you will then need to drag the engine from below the car. This is not an easy job and this is the reason why engine hoists were invented.

If you are lucky enough to have a home garage car lift, we highly recommend that you use it instead of the jack stands. It will make your life much easier and involves less crawling around underneath the car and additional lifting control. 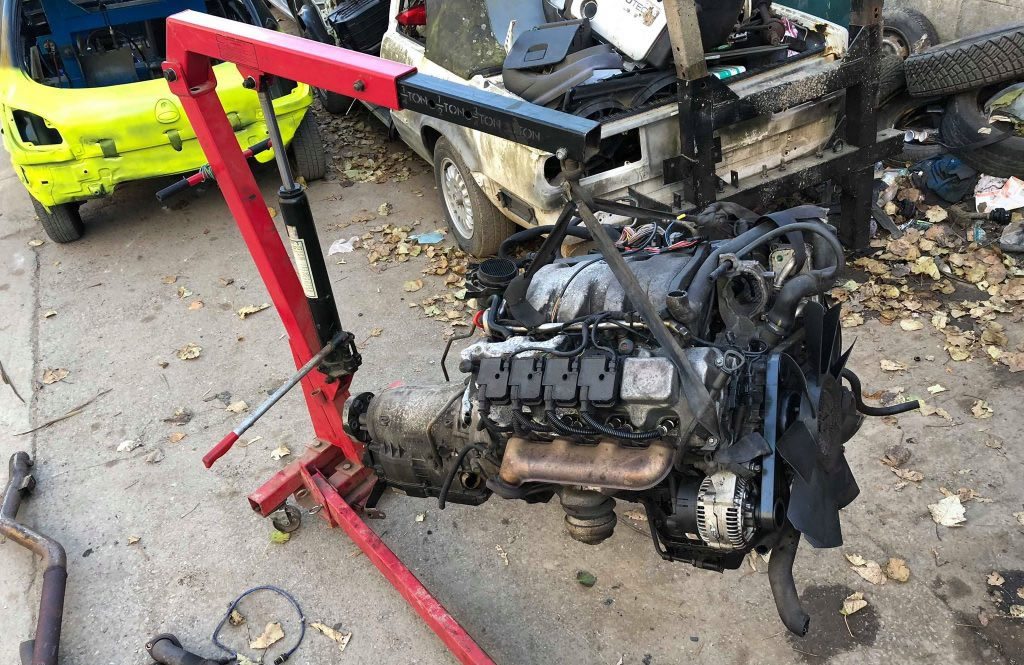 Portability of the Engine Once Removed

When removing an engine from a vehicle, you are more than likely going to have to move it around. Some engine hoists have multiple steel casters at the bottom (as shown above), which allow you to move the engine quite easily around the garage. Alternatively, if you are not using a hoist, you can place the engine on some heavy duty car dollies.

Removing an engine from the car is not the hardest thing in the world. That being said, it’s much easier to remove an engine from an older car than it is the modern cars.

Due to the availability of crate engines, removing an older engine with a brand new one is very popular. Many classic car enthusiasts carry out this major modification once their current engine is beyond repair.

A word of advice, if you are replacing the engine be extra careful with the fuel lines and electric cables. These can be brittle and break easily, which can be hard to diagnose when your new engine is not starting due to the damage.