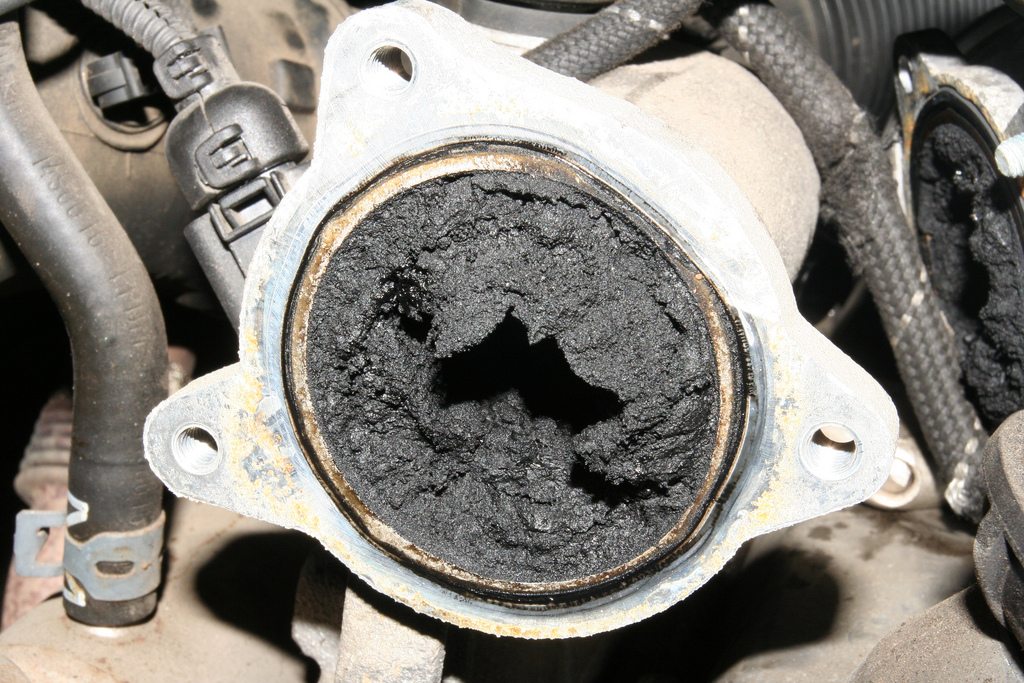 The Exhaust Gas Recirculation Valve (often called EGR) is present in the majority of cars post 1990’s. The purpose of an EGR is to reduce the Nitrogen Oxide by passing some of the exhaust gasses back into the engine from the exhaust manifold.

EGR valves are more commonly found in diesel engines these days and when fully functioning, they reduce emissions greatly.

If you have a broken EGR Valve, you will want to make sure it is kept closed and not always open. If the valve is always open, too much gas will go to the engine and this can break many other things.

Symptoms of a Broken EGR Valve

Like with any engine component, an EGR valve fails eventually and sadly it is a common failure. The main cause of EGR Valves breaking is due to them becoming blocked/clogged up or leaking. This in turn makes the car run poorly and of course causes pollution on the environment.

Symptoms of a broken EGR Valve are as followed:

Of course, there may be other symptoms that are specific to each car but these are the usual and most common. The symptoms are very much similar in terms of performance and efficiency to clogged injectors. To rule this out of the equation, using some top rated fuel injector cleaner through a tank of fuel.

How to Repair a Broken EGR Valve

Before giving up hope and purchasing a brand new EGR Valve, try fixing it first. EGR Valves are not keep by any means but for a small amount of money and time, you may be able to get it fixed and improve your cars performance.

As mentioned, the main cause for EGR Valve issues is due to a blockage or a leak. For example, diesel by nature is a dirty fuel and can clog up quite easily. If the car can’t recirculate those exhaust gases, it will continue to become more clogged up. This will cause car inefficiency and poor performance.

Think of blowing through a straw. If the straw is very narrow (i.e. EGR Blocked) not all the exhaust gases can escape. But if the straw was wider, more will escape. So how do we fix the issue of the EGR Blockage? You will need to clean the EGR valve of the blockage using the following steps:

STEP 4: EGR Valves are made up of various hoses along with the valve. You will want to spray all it it thoroughly and use a suitable brush to remove tough residue. Do NOT spray the electrical sensors with the cleaner. If the sensors are corroded or dirty (if they are old, they probably will be), use an appropriate electrical cleaner.

As you are cleaning the EGR, be sure to check that all the vacuum lines are attached and have no splits. It is also advised to clean the return tube and gas entry port of the EGR with the same EGR cleaner with a brush.

This is an excellent example of how to clean an EGR (in particular at 3.45 minutes in).

Should you Bypass or Blank of your EGR Valve

An EGR valve is great for protecting our environment but is it the best for your cars performance? Of course its not. The EGR pumps warm used air back into the engine instead of cold clean air.

If you were to blank of the EGR, it would continuously get cold air thus an improvement in performance.

For people looking for the best performance upgrade (such as myself), a remap with a blanked off EGR will provide excellent results.

Depending on your car, you have the choice of three options on blanking/removing the EGR:

The benefits of bypassing an EGR valve are that:

The only fairly obviously drawback is that there will be more emissions through your cars exhaust.

How To Prevent an EGR Valve Breaking

The life of an EGR valve will differ between driver to driver. Those who travel further and at higher speeds will have less problems that hose who do mostly city driving. City driving is the EGR valves worst nightmare as it does not get hot enough to get rid of the carbon deposits.

Eventually over time the EGR valve will become blocked from the carbon deposits and you will start having problems. Of course, you can maintain and clean your EGR before it is too late. SeaFoam is becoming very popular across the US and this will remove carbon deposits not only in your EGR but other areas of the engine.

Driving around with a broken EGR is not the worst thing to happen but you will notice considerable performance decrease and inefficiency. It is not dangerous to drive around with a blocked EGR but it will constant use for long period will result in expensive fixes later down the road.