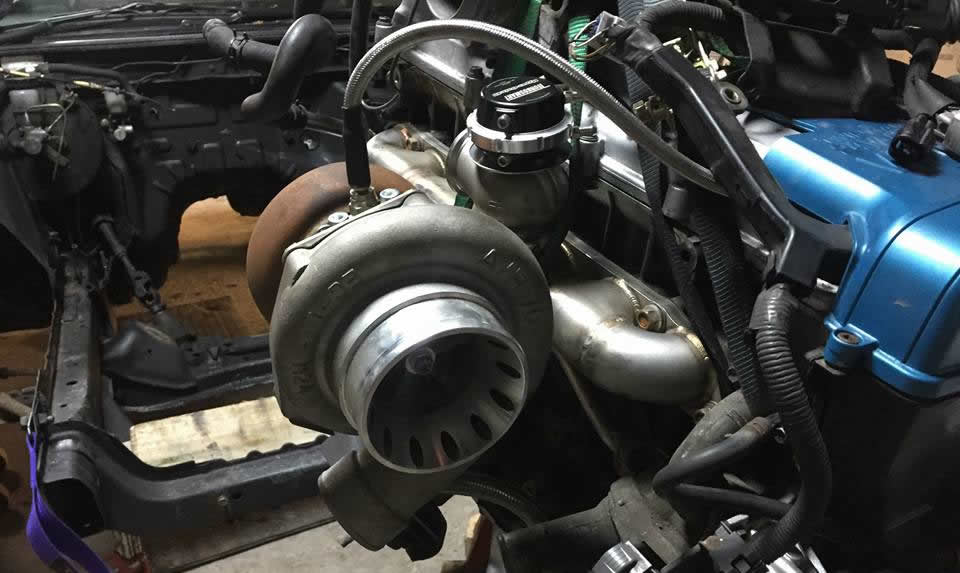 For those with a turbocharged engine, you can install a blow off valve, which takes the load off the turbo as you stop accelerating. As a result, the blow off valve creates a distinctive and desirable flutter/hissing sound.

The best blow off valve is the Go Fast Bits T9351, which uses a patented pilot actuated system for superior response times.

Installation of the blow off valve is between the turbo and the throttle body. For the best results, the closer it is installed to the throttle body, the faster the valve will respond to a surge situation.

It is important to note that not all blow off valves will be universal and may need an adapter to fit correctly. Most brands will offer a range of different models to cover a broad range of engine and turbo setups.

Depending upon the engine configuration, you will have the choice of either a recirculated valve for use with a mass airflow sensor or a vented system.

Below is a list of the best blow off valves that relives excess turbo pressure and produces an excellent sounding flutter output.

The Go Fast Bits T9351 is a direct replacement part for the factory diverter valve that retains the factory solenoid coil for seamless integration. Unlike other cheap alternatives, the T9351 uses minimal plastic parts.

Although this blow off valve is not a universal fit, the brand offer a range of different models to suit most engines.

Other features of the Go Fast Bits T9351 include:

If you require an easy to install and responsive blow off valve that offers great value for the money, then the Go Fast Bits T9351 is the best option. It has been built to last with a high quality metal construction that is designed to be a direct replacement part.

The Turbosmart TS-0203-1061 (also known as the Kompact model) is one of the best sounding blow off valve models available. This is mainly due to the clever design where the shape and dual port construction amplifies the sound.

The brand state that it has been designed to work with BorgWarner EFR and KKK turbos, which covers a wide range of vehicles.

Overall, it is an excellent all-round blow off valve that produces great sound and is able to handle high boost. It is slightly more than the GFB model above but if it is compatible with your car, its worth spending the extra.

GReddy have been producing blow off valves for many years and the 11501665 is their new and improved model. It uses a unique “floating valve” design that makes it a universal part. This means you may only need an adapter for this valve to work on multiple applications.

The floating valve prevents unnecessary opening and closing of the valve to ensure the engine runs smooth whilst idling.

Although it is one of the most expensive available, it is the ultimate blow off valve that produces great turbo sounds. The GReddy 11501665  also performs to the best standards as it is highly responsive during high and low boost.

HKS are a highly reputable brand and the Super SQV4 is a sequential blow off valve that has a broad operating range from low to high boost.

It is a premium option but it has been built to last and is compatible with the new generation of turbocharged vehicles.

Other features of the HKS Super SQV4 include:

For those that want an aggressive sounding blow off valve, the HKS Super SQ4 is the best option. The triple fin design at the center of the funnel produces a dynamic and aggressive sound, which is highly desirable for many.

For those requiring a cheap blow off valve, the Dewhel is the best option. It is available in either black or silver where the body is constructed of a high quality aluminum. The brand also claim that it is a universal fit for all turbo and superchargers.

Other features of the Dewehl Blow Off Valve include:

Although it is a budget blow off valve, it has all the features and functionality that you would expect from a premium alternative. It is a universal replacement that may require a different adapter and performs like the alternatives but without the brand.

If your car has a turbocharger, you are able to add a range of modifications or accessories, which includes anything from a boost gauge to a blow off valve.

The blow off valve has several other names that include pop off, dump, bypass and many more. Most people install an upgraded BOV primarily for the desirable sounds but they also improve the longevity of the turbo and keeps it spooled up.

To help you make an informed buying decision, we have produced the below guide regarding blow off valves. 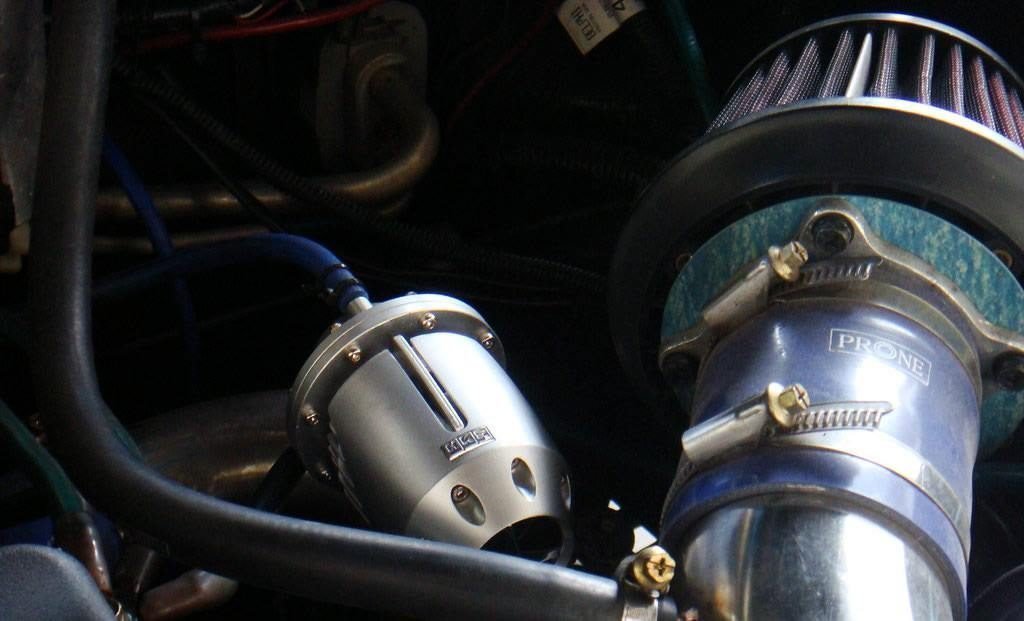 There are two main types of blow off valves that are available on the market. The first is known as a vented blow off valve, which releases the air back into the atmosphere.

The other is known as a recirculated blow off valve, which as the name suggests, it recirculates the air back into the system. This is the type you should use with a MAS airflow sensor and it takes the excess pressure and redirects it to the turbocharger.

Components of a BOV

The majority of basic blow off valves will have the following components:

However, certain brands will use different designs to increase performance or sound output. The components used within the construction may also differ depending upon whether they are vented or recirculated types.

The best blow off valves will have an aluminum body as well as the piston being made from an anodized aluminum for maximum durability.

What are the Benefits?

Installing a blow off valve may seem like a pointless task for the average car owner. However, for enthusiasts or racers, there are benefits that include:

Finding the best sounding blow off valve can be difficult as the pressure released differs. However, certain manufacturers use a clever design to enhance the noise. For example, the HKS Super SQV4 uses a triple fin design whereas the Turbosmart TS-0203-1061 uses a dual port construction to amplify the sound. 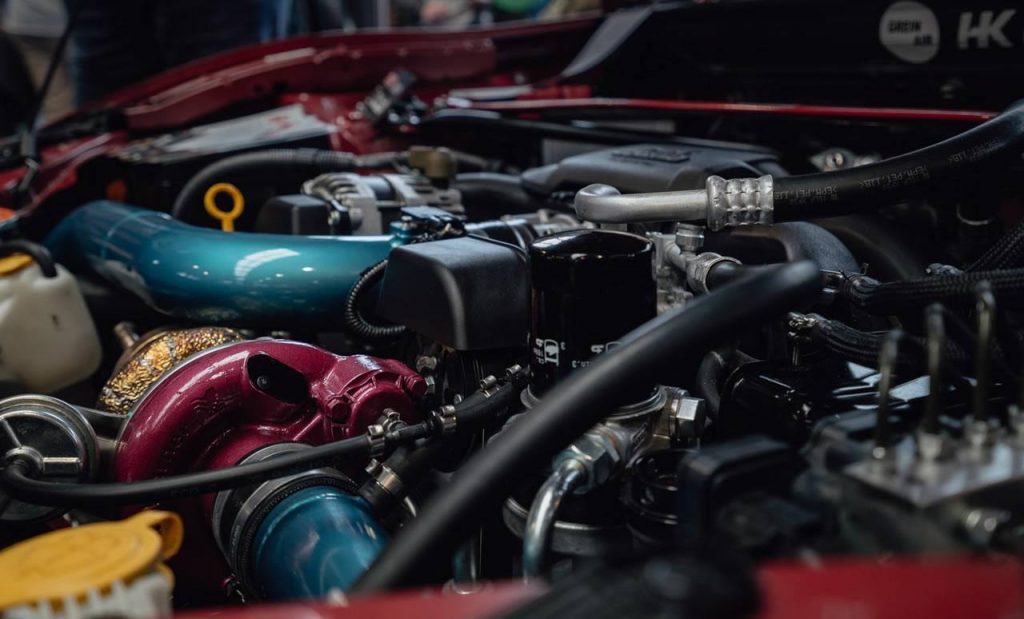 When deciding between different blow off valves, many will include certain unique features. These can include features such as sound amplifying design to the ability to adjust the amount of pressure that passes through the system.

For those that want certain component to stand out within the engine compartment, some brand offer different color options.

One of the most common myths that is read online is that they are compatible with superchargers. However, a blow off valve is primarily designed for turbochargers only.

Superchargers operate by using forced induction and requires the pressure. If you really wanted to install a BOV, you could experiment it with a mass-air meter but this is complex, expensive and may effect the engine performance.

Depending upon the sound that you wish to hear can make sway your buying decision. If you prefer the turbo spool sound, the cold air intake is the best option.

However, if you would prefer the sound of pressure being released, you should install a blow off valve.

Installing an upgraded blow off valve is a great modification that not only improves the performance of the turbo but also sounds great. All of our recommendations are suited to a range of budgets and produced by various reputable brands.

Before purchasing any blow off valve, you will want to ensure that it is compatible. Even if the manufacturer claims that it is “universal”, it may still require certain adapters to work with your engine or turbo configuration.